David Quigley shares two case studies, and Michael Longshore, an Alchemical Hypnotherapist practicing in Texas, shares a story of distance healing with a client working in a war zone.

Healing a life time of nightmares

One client whom I'll call Bill suffered nightmares for 24 years about his imprisonment and torture in a North Vietnamese prison camp. In the nightmares Bill is confronted by an angry cellmate, whom he believes is angry because out of starvation he ate most of the food and allowed his very sick cellmate to die.  The client was returned to the incident in trance.  When he listened to his comrade's feelings the client discovered right away that his cellmate was not angry over the food. He understood all along that he was too ill to survive and wanted Bill to eat it so he, at least, might survive.

Then we found that his comrade has been calling out to him in his dreams to reveal a different message entirely. His message was: "Tell my parents I love them. Tell them what really happened to me. You are the only one who knows!"  Finally we performed a dramatic rescue, bringing in the marines who fought the enemy and saved all the prisoners. This step was important in order to relieve the terror that his body had been carrying for years from the starvation and torture of the camp. And just as important to his dream life was clearing this simple but important misunderstanding about his fellow prisoner's feelings. Even before he found his friend's parents and delivered their son's message to them, the decades of nightmares had ended.

I worked with a Vietnam veteran who was horrified by the whining of feral cats at night in his suburban neighborhood in New York. They always reminded him of the terrible screams of a village full of women and children which his company had burned with napalm, thinking it was an enemy strong point.

When he apologized to these screaming children, he told them in tears about how this mistake had haunted him for years. He told them how he had believed he was going to Vietnam to help people and how bitter his disillusionment had been. He could see the children were too badly burned to survive, so I suggested he could walk with the children to the other side. Holding one in his arms and leading others by their tiny hands, he led them to the other side. He saw gratitude in their tiny tear-filled smiles for this simple gesture. He felt the light of God embracing these children with infinite love, and that same divine light washed his own heart with forgiveness. During the next full moon night, when the cats howled again, he was awakened by their cries, but simply smiled at their antics and fell easily back to sleep. He was forgiven. 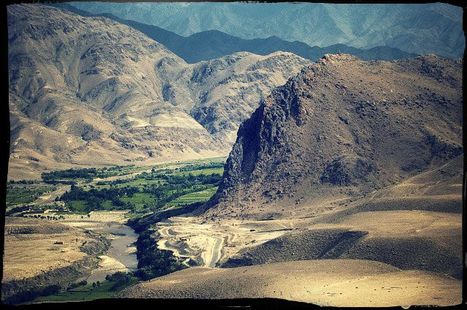 Healing session over the phone

My client was a civilian contractor working in Kabul, Afghanistan for over three years and I was on my morning power walk so that put us approximately 9,000 miles or 9 hours apart. We had intended to use Skype to perform the session but as things worked out, using our smart phones was more expedient.

This client reported symptoms that were the same as many who serve in a war zone for an extended period of time. The real question was how to relieve the symptoms yet not remove the armor needed to function in a war zone. Well, not to worry this is where the Higher Self took over, setting all of the energies perfectly and according to the client’s specific needs, in this case using the  "Somatic Healing" technique.

The session lasted approximately 30 minutes. My client sat comfortably in a chair in Afghanistan, while I walked briskly in Texas all the time focusing on the client’s Somatic Healing, performing the “Golden Sun Process”. During the session I collected extra energy and sent it to the client’s Higher Self with an intention that the extra energy would assist the client over long distance.

After the session the client reported immediate relief from stress and other ailments, as well as feeling calm and very relaxed. I suggested that it might be wise to turn in for the night and allow the Golden Sun Process to fully integrate. This was agreed upon, we disconnected and I continued my walk.

The client texted me all the next week, and with each message reported feeling great!

This experience taught me this: Edison had DC current, Tesla had AC current and we have access to Somatic Healing, a current far greater than both of these.

Return To Heal Your Life
Afghanistan Photo by David Marks