ABOUT THE ALCHEMY INSTITUTE 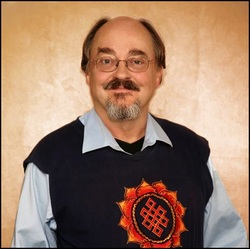 ​David Quigley is one of the pioneers in the field of transpersonal hypnosis therapy.  Beginning in 1980, and a trainer in the field since 1983, he has taught his original system of inner guide based therapy, Alchemical Hypnosis all over the world as instructor, trainer and practitioner.

His interest in altered states of consciousness began at Duke University, where a promising career as a math and science prodigy was derailed .  First,  by overwhelming loneliness and suicidal depression, then in a desperate search for escape, by powerful experiences that introduced him to the world of angels and guides.  To the surprise of this skeptical scientist, David discovered that they were not symptoms of psychosis, but wise teachers and healers who helped heal his broken heart and later his broken body, when he acquired crippling rheumatoid arthritis among a host of other conditions in 1978.  But these guides required David to make a solemn promise:  "You must share this healing technology with the world.  Make it accessible to the masses."  David was told to help Spirit Guide based therapy (which did not exist as far as he knew, anywhere) to spread throughout the planet.  He needed to teach people to not only access their own guides and test them, but learn to use their powers every day to heal their lives.  He accepted the challenge..


Then in 1982 he met and studied Hypnosis with one of the leading figures in modern transpersonal Hypnosis, Randal Churchill.  It was Randal who introduced him to the methodology of modern hypnotherapy, and suggested it might be a new branch of hypnosis I was creating…”Alchemical Hypnosis!” he pronounced.  David became a Certified Hypnotherapist in March of 1983.  And Randall’s prophecy came true.  Six months later, Bruce Berger, one of the great wisdom teachers of our age and the founder of Heartwood Institute, invited David to establish the first hypnotherapy training program at Heartwood, a small massage school in Garberville, California.

Over a 40 year career, with the support of his guides, David Quigley has developed and taught many revolutionary methods of hypnosis therapy.

They include advanced methods for healing childhood trauma and neglect, as well as working with PTSD, among recovering addicts,  in the veteran population, and among sexual abuse survivors.  These include the dramatic rescue mission, contacting and developing daily contact with an inner family, remorse and forgiveness processes, emotional release methods and much more.

David has also specialized in clearing the underlying subconscious causes of drug and alcohol addiction, chronic depression and anxiety with hypnosis, as an adjunct to medical treatment. By helping his clients find the core subconscious needs behind their emotional pain and addictive behaviors, and teaching them to meet those needs through self hypnosis techniques, he creates long term healing of addiction rather than a revolving door back to rehab.  He teaches these methods throughout the world.

David Quigley has been for many years one of the top teachers of past life regression.

Early on David was introduced to his own past lives, including the discovery of healers, spiritual teachers, dancers and piano players in his past life worlds that have enriched his life in the here and now of today, and those of many others.  And previous lives also included some mobsters who were the source of much bad luck (Karma) in this life.  These encounters became the fundamentals of a new system of advanced past life therapy:  Alchemical Past Life Regression.

David discovered then wrote in the precise script of a mathematical protocol, specific methods for advanced past life regression processes.  Alchemical Past Life Regression includes:  accessing creative and other abilities and bringing them forward to the present,  three advanced strategies for clearing trauma from past lives,  soul contract work in the interlife, and precise methods to examine and clear any karmic misdeeds from our stream of bad luck in present life.  These advanced methods of past life regression he has taught throughout the world, even in India, and in 2000 he presented this new technology to the United Nations Spiritual Guild at UN Plaza.

David began leading group process intensives in 1980, and has led them throughout the world.  His group process methods include psychodrama, encounter group methods, and uses of drums, music, and theater to relive and transform traumatic memories, including wartime trauma.  David was a top developer of “guts work”,  a group process experience he helped develop for the Mankind Project (a men’s initiation group)  in 1992-95.  “Guts work” has helped many men in recovery.  David’s own initiation into the “New Warriors” was a monumental experience for him, as it has been for many men, and “Guts Work” was the most important part of the process.

David’s groups have included "Weekend Empowerment Intensives” and the more extensive “Wilderness Intensive” experiences of week-long wilderness oriented growth adventures.  They are open to everyone.  David  led physically challenging treks into back packing wilderness for many years from 1980 to 1995.  Since then, his groups are based in lovely vacation rentals with a generous kitchen and comfortable beds.  But leading hikes, ceremonies, and adventures on the mountain remain a big part of these group process experiences.   (Psychedelic type experiences are common at these workshops, but no such drugs are involved.)    A skilled cook, David plans and participates in the preparation of exotic organic, plant based meals.

David is also a leading trainer and practitioner of medical hypnosis, not only for pain control but to accelerate the healing of the body, especially from chronic long term injury and disease.  His healing methods are very popular in hospitals and clinics and include spiritual surgery from the inner healer, as well as advanced methods of accessing the subconscious causes of disease in order to accelerate healing, as an adjunct to medical treatment.

One of the most advanced technologies David works with is Parts Therapy.  Sometimes called voice dialogue or Conference Room therapy, this work involves accessing the many contradicting voices in the subconscious mind, teaching these parts to stop attacking each other and start working together.  This method is especially powerful in working with addictions, weight loss, peak performance, and time management.

David has taught these revolutionary methods throughout America and the world since 1984, including appearances at numerous hypnosis conferences and classes in America, France, England, Norway, and Japan.  He has certified thousands of hypnotists over several decades as a trainer.  He is widely regarded as a dynamic presenter, a compassionate therapist, and a champion of the ethical practice of professional hypnosis.  And over the years David has personally trained, mentored and certified approved Instructors of Alchemical Hypnosis and Somatic Healing who also offer certification training courses and programs in various locations worldwide.

David began offering live online trainings and workshops a  full year before anyone had even heard of Covid-19..  Consequently, when the worldwide social distancing and stay-at-home precautions were put in place, David had already established a proven and effective live online training system and was able to continue to train and certify students in the profoundly healing work of Alchemical Hypnotherapy - from the comfort and safety of their own location.

What is Alchemical Hypnosis?

Alchemical Hypnosis is about helping clients find the inner healing resources within the subconscious mind and teaching them to work with these powerful resources every day to solve their problems.
The key to Alchemical Hypnosis lies in its ability to heal our deepest wounds and unlike other forms of hypnosis, it works with all aspects of our being: physical, emotional, mental and spiritual.  Alchemical Hypnosis does not render you unconscious rather it enables you to explore your inner world, and through the gentle guidance of the hypnotist it provides intense and lasting release from adverse physical and emotional conditions.
Read More

What the Alchemy Institute Offers 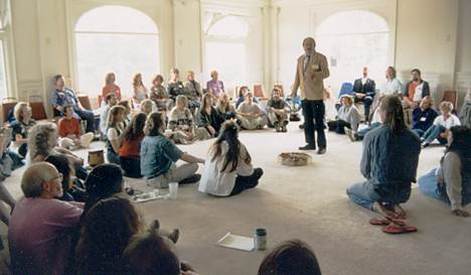 The Alchemy Institute of Hypnosis offers a comprehensive selection of educational courses and life transforming personal Hypnosis Sessions.  The educational courses range from full training for persons wishing to engage in a career as a professional Consulting Hypnotist or Hypnotherapist, plus exciting and life enriching optional workshops and intensives, and classes for therapists and medical practitioners looking to earn CEU's and/or add depth to their practice.  Optional classes, courses and workshops are open to everyone.  And many are now offered LIVE and online, too.